The air at Lambert International Airport was buzzing with excitement. Men who served in the Vietnam War, the Korean War, and even World War II made their way down the aisle past what could only be described as a sea of flags.

And PMIMSL Chapter was right there in the midst cheering them on, shaking their hands, and welcoming them home! On Saturday, September 7, 2019, nine PMIMSL volunteers came out to support this amazing Greater St. Louis Honor Flight Sea of Flags volunteer event. 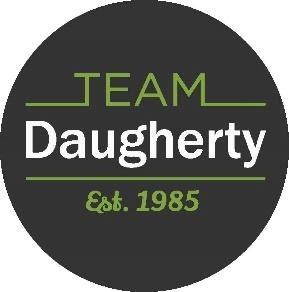 The mission of Greater St. Louis Honor Flight is to recognize veterans with a day of honor, remembrance and celebration. They do this through a one-day, all-expenses paid trip to Washington, DC to visit the memorials built to honor their service and sacrifice.

Their one-day trip included visits to the World War II Memorial, the Korean War Memorial, and the Vietnam Memorial.  They also visit the Tomb of the Unknown Soldier at Arlington National Cemetery and the Lincoln Memorial.

As these veterans received a warm welcome home, those welcoming them shared that they were there to show respect and honor for the men who sacrificed greatly to protect the freedoms we enjoy today. 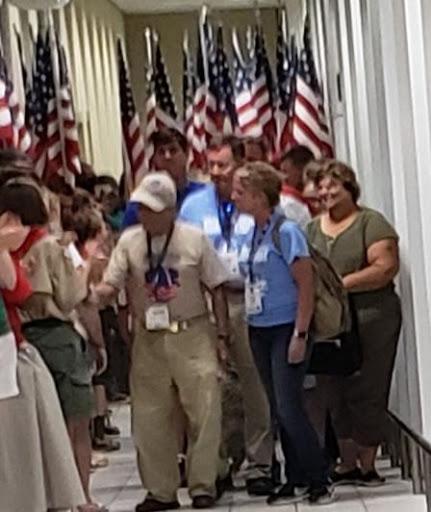 PMIMSL Chapter President, Brenda Murphy, wanted to do something for our community to celebrate the chapter’s 25th year anniversary. For Brenda and her husband Pat, this was a wonderful community event to participate in.

Ananda Jayaraman wanted to give thanks and show respect to the veterans and to honor them.

Shannon McCall felt that this was a great opportunity to learn about the organization and give back. She was not aware that our community even hosted such an event. It was an evening where different people with different backgrounds gathered together and honored our veterans.

Tamela Collins wanted to show homage to our veterans; to honor and celebrate their sacrifices. She emphasized that what they did in the past is the reason we get to do a lot of what we do today.

Zee Glover Stone, PMIMSL Director of Corporate Outreach, has participated in the Sea of Flags event before, but this was her first time participating with PMIMSL.

Zeke Meyer, PMIMSL Outreach Vice-President, was there to honor the veterans along with his wife, Melānie.

For me, as a first-time volunteer, the honor was truly mine. Having the opportunity to look in their eyes and thank them for their service as they went through the sea of flags, and feeling the joy emanating from them, still gives me chill bumps! From the first vet, down to the last 93-year old veteran, it truly was a Sea of Flags celebration!

Stephanie Pisarski, Community Outreach Coordinator, is a Global IT Program Management Office team lead at Bayer Crop Science. She is PMP (Project Management Professional) certified since 2009 and has been practicing project and program management since 2005. Stephanie has led projects and programs of various sizes and levels of complexity.

On January 28, 2019, Stephanie delivered a PM Workshop to 30 employees of Catholic Charities of Saint Louis, MO at the Cardinal Rigali Center.

The workshop also covered Topics of Interest, which were collected via a pre-workshop survey:

Nearly all participants completed an evaluation survey and, of those completing the survey, more than 90% rated the training as Good or Excellent. They gave especially high marks to the trainer and the materials, noting that the trainer was knowledgable and the materials were pertinent and useful. They particularly appreciated the tools that were shared during the training.

What if Martin Luther King, Jr. had been a hacker?  More than 50 years after his death, the memory of the great civil rights leader continues to inspire people to organize and use their skills in innovative ways to lift up their neighbors.  On January 21st, members of the PMI Metropolitan St. Louis Chapter, led by Shaun Simms, PMP, participated in the first-ever Confluence event hosted at the Paraquad offices by the Bloom Café in central St. Louis.  Inspired by the hackathon concept where teams of coders huddle together for a weekend creating working software to address a need, teams of project managers came together on MLK, Jr. Day to perform intensive project management consultation in service of three local non-profits.

For the event, 14 service-minded volunteer project managers assembled into three teams comprising diverse skillsets and backgrounds.  Then over the course of eight hours, these teams applied the tools of their trade to uncover and address some of the most impactful challenges facing Youth in Need, YouthBridge, and Paraquad.  By the end of the day, all three organizations walked away with realistic, executable plans that included actions, owners, dates, and measures for success.

The project plan presented to Youth In Need included six months of action items to capitalize on opportunities in their outreach and youth shelter programs.  Similarly, Lifebridge walked away with a plan to systematically address their communications strategy.  And Paraquad’s strategic planning efforts focused on raising awareness and support for the organization’s health & wellness center.

The feedback was quite positive from the organizations that participated. While each of the planning documents produced that day represented in and of itself the product of about 40 hours of combined project management labor and expertise, additional lasting value was created as well, as connections were forged between the non-profits and volunteer project managers.

Indeed, Paraquad became the first organization to opt into the “Value Beyond Program” to receive additional, long-term volunteering project management support.  Shaun commented, “I’m hoping our all day planning session and ongoing support will allow them to focus on the people they serve, while we take care of the project management.”

As is often the case, the volunteers reaped rewards from their service as well.  Hannah Kalebaugh appreciated the exposure to building a project plan first-hand.  “Being able to sit in a room and unpacking the pain point then walking through resolutions was amazing,” she said. 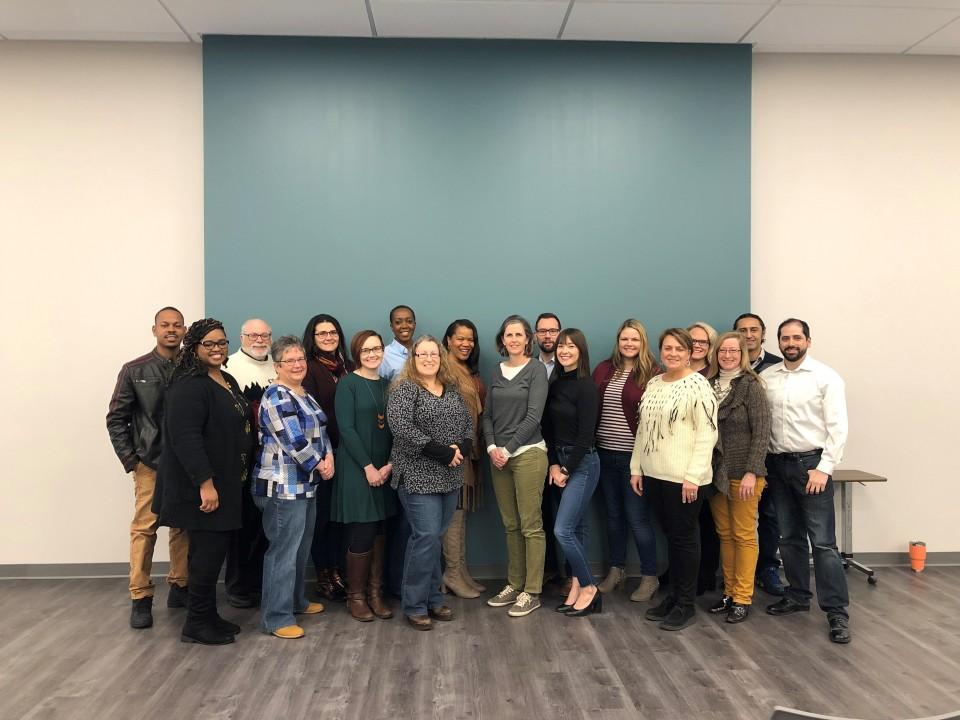 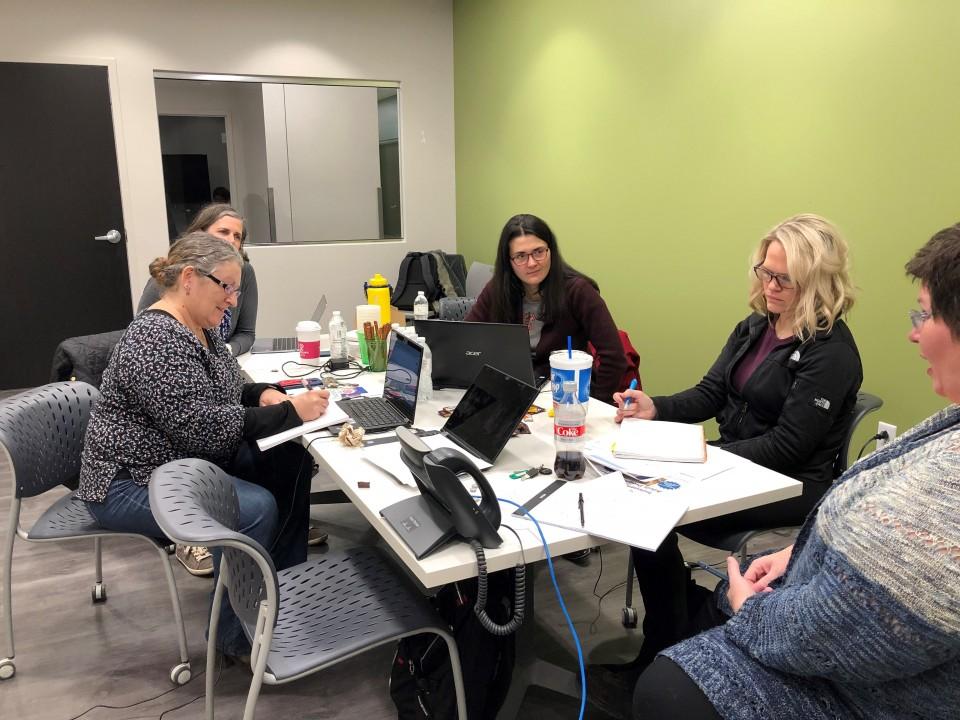 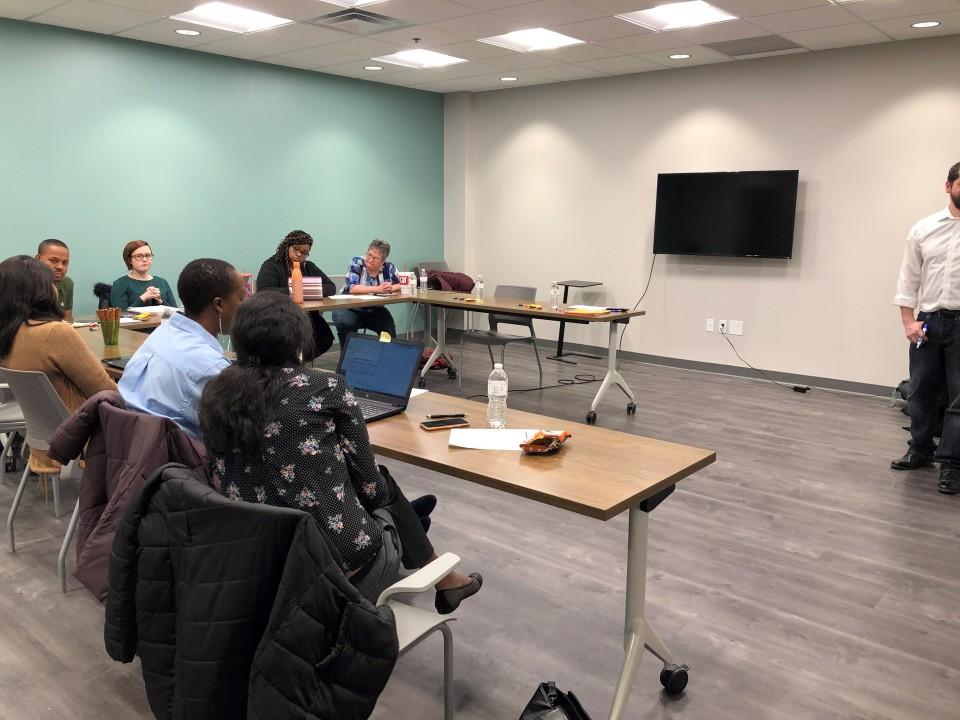 PMIMSL springs forward to transform lives by giving back to our community!

Thank you and Congratulations to Ellen Hickman, PMP and Shaun Simms, PMP of PMIMSL, who shared their project management leadership and competencies to assist with the planning and opening of Paraquad’s Bloom Café  (www.thebloom.cafe).

PMIMSL PMPs, collaborated with local leaders and a team from Higher Focus Consulting & Management along this journey from vision to opening day! The Bloom Cafe opened to the public for business, on March 21, 2018.

Shaun Simms, PMP  reflects  on the collaborative; “PMI Metro St. Louis has worked to create wonderful partnerships with impactful organizations, like Paraquad. Collaborating to open the Bloom Cafe was such an emotional project, because I was able to see firsthand some of the lives this place will change.”

Through collaborative partnerships such as this, our PMIMSL Chapter, is continuing Community Outreach efforts to advance the profession of project management by creating a culture and community to facilitate professional development and volunteerism. 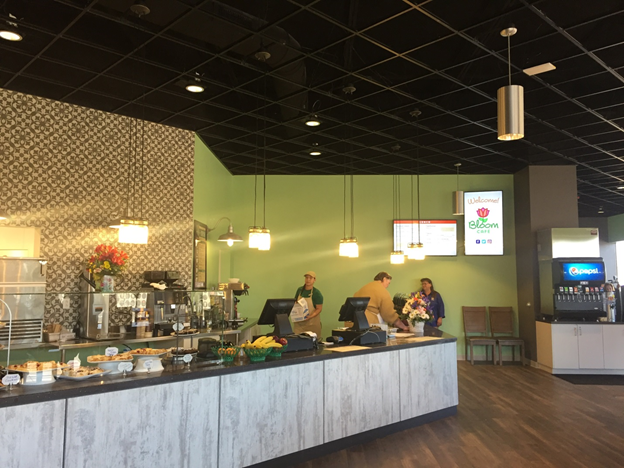 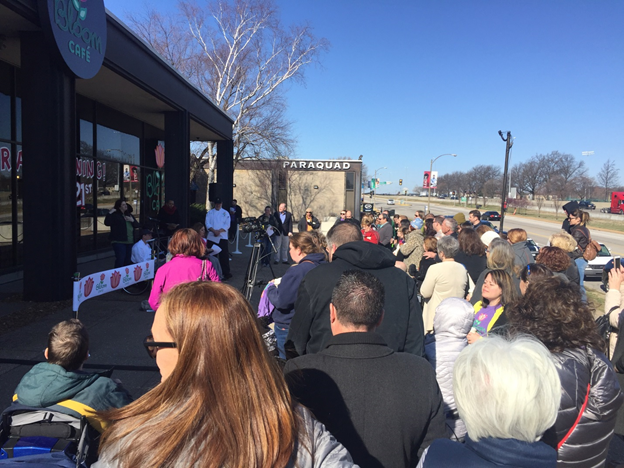 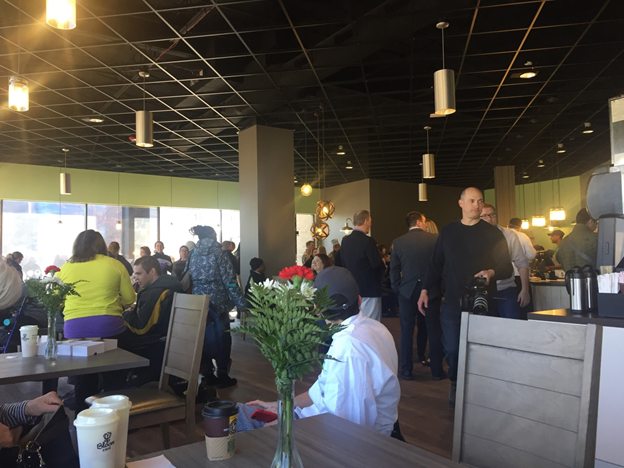